And There Was Light 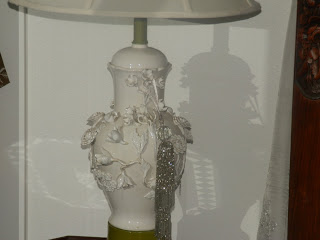 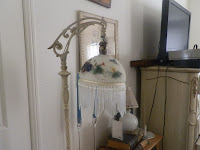 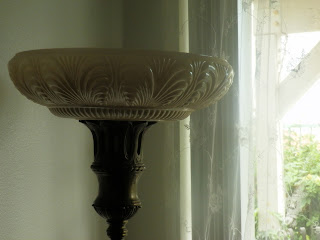 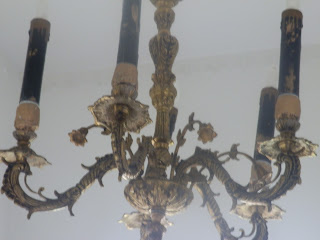 Sources of light has always been a dilemma of mankind. Present during the Victorian era were nearly all forms of illumination known to man. Let us not forget the primary sources of light granted us by our creator,the sun by day and the moon by night. Windows admitted the sun as a source of light , filling the home with not only the sun’s rays but also it’s warmth, a much needed commodity in those drafty old homes. The windows,however were usually very small for the reason that without the proper modern ability to seal them,they were very drafty and cold. Victorians came up with a great invention , the bay window. Not only was it very beautiful but it was large,allowing in warmth and plenty of light and more or less containing it’s draftiness in a small area because of it’s construction.

Fireplaces were also a great form of illumination. We are all familiar with stories of our predecessors reading by the firelight.Many a fine seam was sown by the fireplace along with infinite items of intricate needlework.Victorians enhanced the firelight by placing shiny items on or near the mantel. I discussed earlier the beautiful fireplace lusters that were ensconced in the wealthier homes.
The romantic illumination of candles must not be overlooked. We still associate them with romance and pleasure,though thankfully we don’t need them for light.Candle holders from the simplest to the elaborate sconces hung from ceilings of the wealthiest abounded.

Then there were kerosene lamps. We all view them as the romantic relic of the past. Though they were sometimes very beautiful to behold they were not all that easy to maintain. Chimneys had to be constantly cleaned because of the smoke built up on them let alone keeping them filled with kerosene and keeping the wicks trimmed.
Another source of illumination existed for a brief time and that was the gasolier. Gas was piped into the home to a light fixture which was then lighted the same way we light our gas stoves. They were frightening sometimes because at the initial touch of a match, the flame would gush into the room, until adequately adjusted. Many of the homes in my hometown still had these lights in place though they of course were not in use. 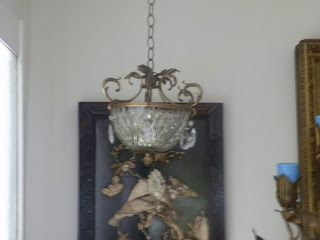 Nothing was a greater blessing than the invention of electric lighting. This opened up a whole new era of decorating possibilities which we are all familiar with today.Initially it wasn’t very attractive with makeshift wiring draped across the ceiling etc. Our old family farm was one of the first homes to have electrical wiring in the area. I remember one of those old Victorian chandeliers in the dining room that you could pull up and down, with some sort of pulley contraption according to the amount of light you needed. I think that must have been the first mood lighting in existence.

← Can the Leopard Change His Spots…No, But I Can
More About Vintage Lighting →